O Panneerselvam (also known as OPS) was stand-in chief minister of Tamil Nadu twice when Dr. J Jayalalithaa was not allowed to hold public office because of litigations against her. He was sworn in as the Chief Minister on 6th December when Jayalalithaa died on 5th December 2016 after a major cardiac arrest.

Later, he tendered his resignation for the third time from the post of Chief Minister citing personal reasons paving way for Sasikala Natarajan. Whereas, on 7th February 2017 he took Tamil Nadu’s political spectrum in a storm when he declared on Marina Beach that he had been forced to resign by a section of AIADMK. He further stated that they want Jayalalithaa’s close aide and party’s general secretary, Sasikala Natarajan to become the Chief Minister. In a quick response, Sasikala expelled OPS from the post of treasurer of AIADMK.

By Episode Of Experience - February 14, 2017 No comments:
Email ThisBlogThis!Share to TwitterShare to FacebookShare to Pinterest
Labels: News

H-1B Visa: How the proposed changes can affect Indians?

It is not going to be a great time for Non-Americans in Trump ruled America! The new bill H-1B visa could seriously affect the exporters of IT workforce to The United States, wherein India is the leading IT exporter followed by China.

The big Indian IT companies enjoy significant cost reductions by sending their employees to the US, but not anymore! The new bill proposes a change in the minimum salary cap from $60000 to $1,30,000 which hugely hits the IT firms in India.

H-1B Visa: What is it?
H-1B visa belongs to the non-immigrant category of visa that is issued for temporary workers based on their employment. The employer provides the job to the person and also apply for the visa process with the US Immigration Department.

Why and how India is affected? The Indian Impact!

Do you know that the biggest beneficiaries of the H-1B visas are the Indians? In 2014, more than 70% of the approved visa belongs to India. If the new bill becomes a law, it would impact the Indian outsourcing firms like Infosys, Wipro, Tata Consultancy service, Cognizant and other information technology companies. The stock prices of the IT companies already fell by 9% in the reaction to this news.
Will this not affect America?

The skilled employees who visit US with the H-1B visa do not just contribute to the IT development but they indirectly support other industries too. Most of these workers travel with their family who engages themselves in various other businesses improving the economy of the US. So, the new bill can have a huge impact on the business development and economy of The United States.

However, we still do not know the outcome of the bill. Let’s keep waiting to know what’s on the table!

It’s been 6 years since I started working from home! When I say ‘I work from home’, people ask me if I get paid! Does anyone work for ... 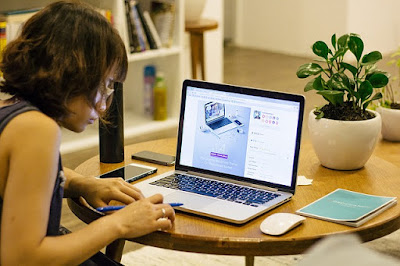